As hunters and shooters we examine this question in our minds constantly.

With so many gun styles and calibers to offer from modern manufacturers what is a gun enthusiast to do?

I examine this question with my own years of shooting guns of various sorts.

What are you shooting at anyway?

Are you a target shooter? Maybe a weekend backyard plinker? How about a big game hunter or an upland game hunter? Is this a self defense weapon? How about some or all of the above? Before buying a gun of any style do your research. Check reputable sources for their recommendations for your specific needs.

Rent or borrow a gun first before you buy one.

When the .44 Magnum Model 29 Smith & Wesson Revolver was made famous by Dirty Harry on the big screen everyone had to have one. It was the “man’s gun” and without it your man card just might be revoked. Many novice shooters found the heavy recoil, massive noise, weight and muzzle flash was just too much for them. The used gun market flooded with lightly used revolvers for that time period. Now the .44 Magnum cartridge is considered a bit light compared to the monstrous S&W .500 Magnum cartridge. Once again history repeats itself and many shooters are not ready for that massive power. If the shooter had rented one at a gun range or a friend’s revolver a costly mistake can be avoided.

Can you handle the weapon you are looking to buy?

As a continuation of the above point how well can you shoot that weapon? A .22 rifle is a breeze to fire but a heavy big bore magnum rifle may not work so well for you. Smaller stature shooters might be more impacted by recoil than a larger built individual. Better try out the weapon and see if you can handle it and it fits your physique. If you can not then progress to a lower caliber but be certain if it is for hunting or defense it still packs enough punch.

Handguns are great for short range. They do however require much more practice and training to get accuracy to acceptable levels in most cases. For a beginner a small caliber rifle like a .22 long rifle long gun will be great for small game and for target shooting. Need more punch? There is a large assortment of calibers available with much more power than the lowly .22 rimfire cartridge. Shotguns are best for aerial targets and fast moving game. Shotgun slugs can be used at short and medium distances for big game (though the harsh recoil might be an issue for some shooters). The 12 gauge is the most available shotshell that packs all the power you could ever need. If the recoil is too great I would suggest the 20 gauge for hunting or home defense. Shotguns are the universal hunting and defense weapon that is the most handy to own.

What caliber or gauge is the winner?

This is another difficult question to answer. A prairie dog and coyote hunter in the flat country of the west would find the .22/250 caliber rifle is great to reach out and touch the targets. Back in the east where I live a groundhog might be best served with a .223 caliber cartridge. The extra power and noise of the larger rifle would not be needed on the shorter ranges of much of the east. Consequently a .44 Magnum revolver would be great on an Ohio deer drive as a thicket buster. Open up ranges and better leave that .44 home and pack a proper deer rifle. That in Ohio would be a straight wall cartridge like the great .45/70 Government. That powerhouse in Alaska would be a great bear or moose dropper at close and moderate distances. 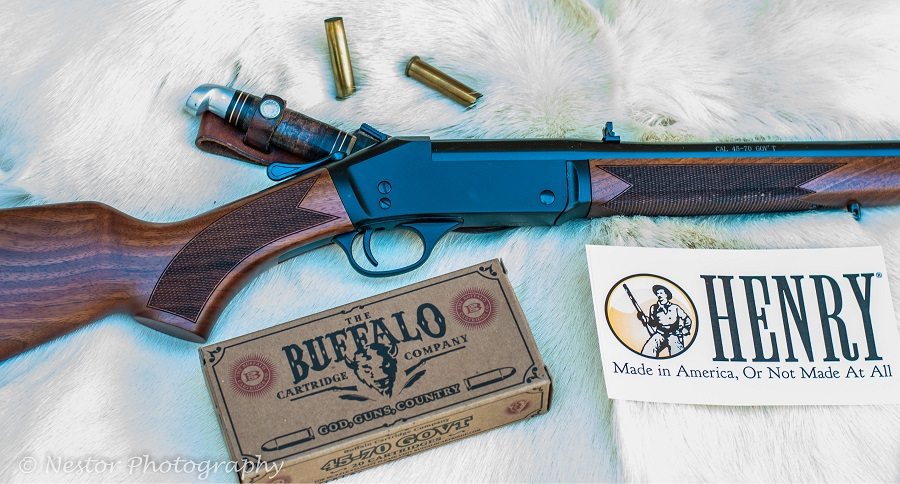 What about shotguns? The small .410 bore shotgun has been used as a starter gun for as long as it’s been around. Recoil is light but so is payload. The larger 20 gauge or ultimately 12 gauge will drop more game. Within the correct distances all of the choices above will drop small game with a good shot.

…and the winner is…

There is no absolute winner for every shooter in every situation in any circumstance. Ever gun is a juggle between pros and cons in any given situation. This is proven by every gun shop and gun show full of used guns that were not what the previous owners wanted them to be.

In summary use the above points as guide lines and ultimately just beginning spots to start your search. Choose wisely after much research and consideration. Happy shooting and stay safe.